Stocks have been clobbered this year, but people are still contributing to their retirement accounts | CNN Business 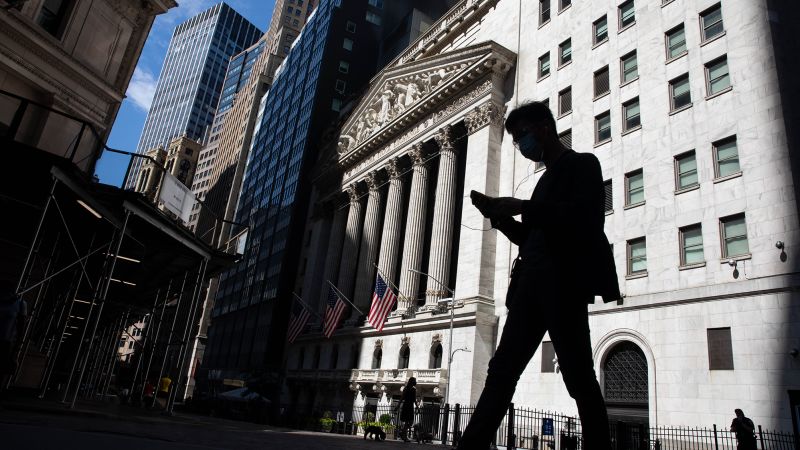 Stocks and bonds have been turning in volatile, bearish performances this year in an economy marked by high inflation and rising interest rates. But that hasn’t deterred most retirement savers, especially the youngest ones.

401(k) participants have held relatively steady in their savings contribution rates and in their portfolio allocations, according to new third quarter data from Fidelity Investments. And GenZers have actually increased their contributions.

So it’s not surprising that the average 401(k) account balance fell to $97,200 in the third quarter, according to Fidelity, one of the country’s leading providers of workplace retirement plans. That’s down 6% from the second quarter and 23% from a year earlier.

But the average savings rate among 401(k) participants, meanwhile, held relatively steady at 13.8%, which includes both employee and employer contributions. That’s only down a fraction from the 13.9% recorded in the second quarter and the 14% recorded in the first quarter.

Meanwhile GenZers in the workplace – those roughly ages 22 to 25 – increased their savings levels from 10% to 10.3%. That may account for why the youngest generation of today’s employees actually saw their account balances increase 1.2% relative to the second quarter, despite terrible market performance.

Allocations also held fairly steady, Fidelity found, with only 4.5% of 401(k) and 403(b) plan participants opting to make a change in the third quarter. The majority of those who did made just one change, and only 29% of them opted for a more conservative investment.

Despite the volatility in the markets and the economy this year, “Retirement savers have wisely chosen to avoid the drama and continue making smart choices for the long-term,” said Kevin Barry, president of Workplace Investing at Fidelity Investments.

At the heart of China’s protests against zero-Covid, young people cry for freedom | CNN

At the heart of China’s protests against zero-Covid, young people cry for freedom | CNN